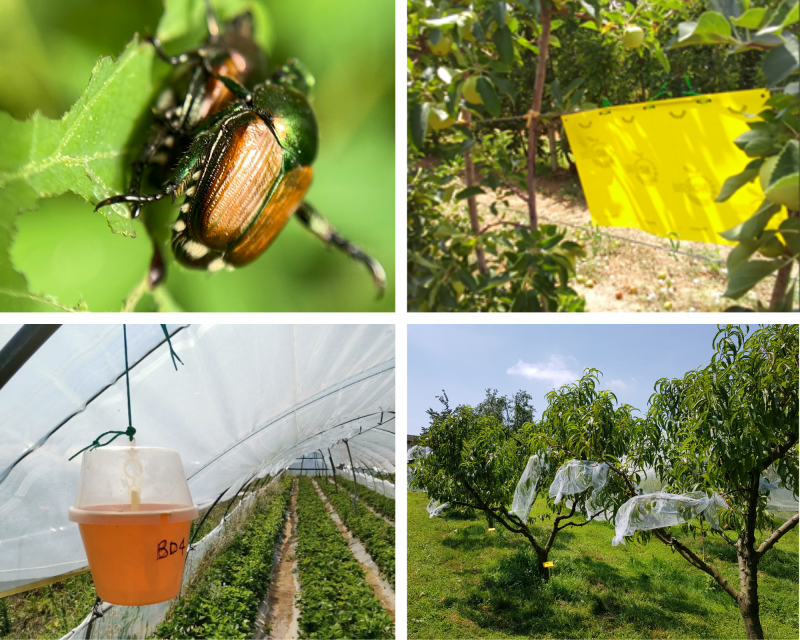 In accordance with current legislation, AGREA in 2021 operated in some Italian Regions for the monitoring and containment of Quarantine Organisms. Let’s take a small step back to briefly explain the legislative basis.

The introductions of “alien” parasites and pathogens, with which Italy too has had to deal in recent years, are attributable to the ongoing climate changes (overheating and tropicalization), which cause an enlargement of the distribution areas of these organisms , but also to the increase in commercial exchanges that favor their import.

A pathogen or parasite is considered a Quarantine Organism, and its introduction into the national territory is prohibited, when it causes an unacceptable economic, environmental or social impact and at the same time is not yet present or is not very widespread in the European Community.

Since December 2019, the EU Regulation 2016/2031 of the European Parliament and of the European Council has been in force, relating to protective measures against harmful organisms for plants. This legislation speaks of feasible and effective measures to prevent the entry, establishment or spread within a territory of a specific harmful organism and what to do to mitigate its risks and impact.

AGREA has operated in this area in various locations in Italy.

In the Abruzzo Region, following the award of the “Monitoring Plan in the Abruzzo Region for the year 2021” of the Phytosanitary Protection Office of the Department of Agriculture (Determination N. DPD023 / 155 DEL 06/04/2021), AGREA has monitoring of more than 50 quarantine pests was conducted in the provinces of Pescara, L’Aquila, Teramo and Chieti. Surveys were conducted on pests with mandatory control pursuant to Regulation (EU) 2031/2016, on those included in the scope of Regulation (EU) no. 652/2014 and on other parasites with mandatory control (Phitophthora ramorum, Erwinia amylovora, Scaphoides titanus, Citrus tristeza virus). On the recommendation of the phytosanitary inspectors, the searches were conducted in all the sites considered at risk of entry into the Abruzzo Region (e.g. agri-food centers, cultivated areas near entry points, nursery chain, etc.) through visual inspections and management of trapping means.

In Lombardy, AGREA conducted experimental tests on the Popillia japonica Priority Quarantine Organism or “Japanese beetle”. The experiments were carried out in the province of Varese, on stone fruit and vines in areas highly infested by the Japanese beetle. Investigations were made with controlled infestation by confining adults of P. japonica to the plants with tulle sleeves. For each commercial formulation tested, both the topical / direct effect and the residual effect in the short and long term were evaluated.